That’s what cars of the 1980s better than any modern. 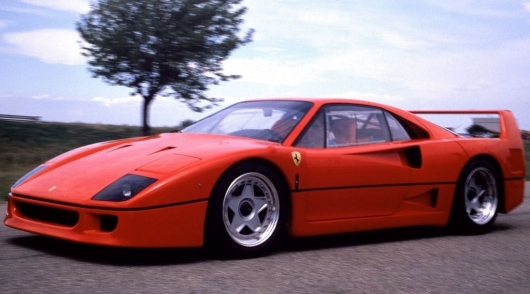 Today, probably, you can argue about which car is better – old or modern. But what you’re opinions, you cannot deny the fact that cars have become more reliable, powerful, economical and beautiful. You will see the progress reached by the automotive technology over the past 20 years. Yes, all the cars today in terms of equipment innovations are not inferior to the first space rocket with the astronauts. However, in the world there are some classic cars that are impossible to forget. If you see these cars today on the road, it will definitely turn your head. These machines had a great impact on motorists at the time.

We decided today to invite you to remember the iconic old cars of the 1980s, which, in the opinion of auto experts and ordinary motorists, are today no worse than modern full of electronics cars.

Recall that the 80s, according to experts, was a Golden time for the automotive industry. It was then that automakers have tried to combine the future with the past. So, many car companies in those years was trying to upgrade the classic old style of the car more progressive. Some brands have gone further. They decided to look into the more distant future, presenting the cars, ahead of his time.

By the way, for fans constantly praise modern cars there is one undeniable fact in defense of old cars. Today no one can argue with the fact that older cars from the 80’s more hardy and reliable. Yes, it’s not all cars. This is despite the fact that in those years the car has undergone a major transformation, leading often to a decrease in the quality and reliability of the motor companies. Nevertheless, really many of the cars from the 80s on the life and reliability considerably surpass modern auto industry. 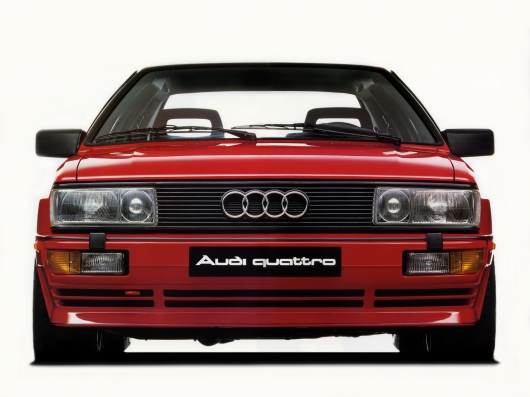 Opens our list of the Audi Quattro. This is the oldest model in our ranking. This car gave Audi the start as a manufacturer of AWD cars. The original Audi Quattro was designed for racing and not for everyday mass use on public roads. In the end, the designers when creating the car tried to the reliability of the car did not disappoint on the track. Including this car got excellent handling.

Then Audi released the limited edition production version for those who wanted to have this car in your garage and ride it in normal conditions. This is one of the best cars of the 80s, which today rivals most modern cars, since the Audi Quattro became the basis for many future vehicles. As you can see, technology is all-wheel drive for the first time came to the passenger car today is widely used by all manufacturers. 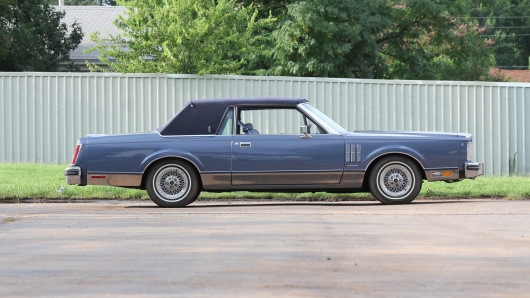 If you get the chance to come into contact with this car, you immediately understand that this machine is not for everyone. Vinyl roof, unusual mechanical lights and a strange window to the rear body pillars in the form of portholes show that this car was designed for special people.

This luxury coupe from the ‘ 80s has a beautiful design and a long body, which is consistent with the reputation model. Lincoln Continental Mark VI was one of the first cars that received the technology, which today can be found in modern vehicles: on-Board computer and the remote to open the car (Keyless Entry System). 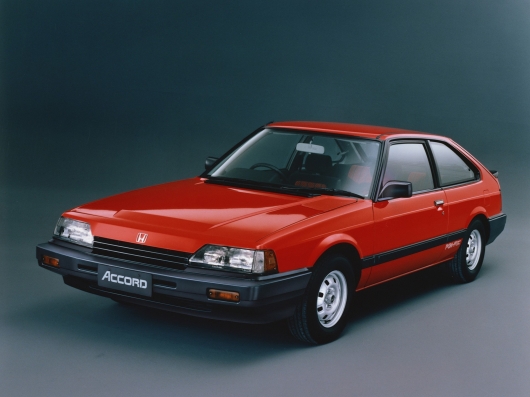 But this is not surprising because Honda paid the utmost attention to the engineering involved in creating a car. This applies to all machine systems including transmission and engine. Including the second generation received a significant exterior design and interior. 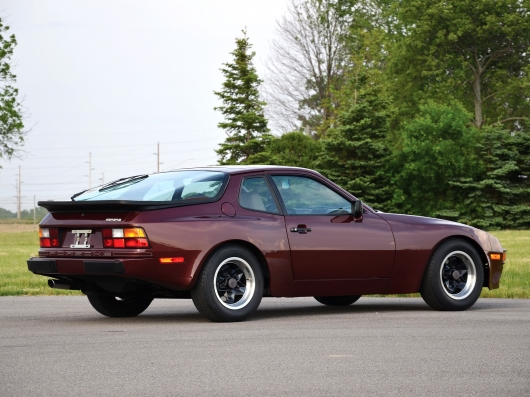 The Porsche 944 was first released in 1982 and was sold until 1991. This machine was the replacement for the 924 model, which, despite its good sales, had performance issues and some flaws in the engine. In the end Porsche decided to create a new model by sending retired 924-th model. And the world had a Porsche 944, which was based on the 924 model. Despite the same basis, 944 model has an improved suspension, new bumpers, and an upgraded motor. In order to ensure an even distribution of the weight of the car the transmission was installed in the back. 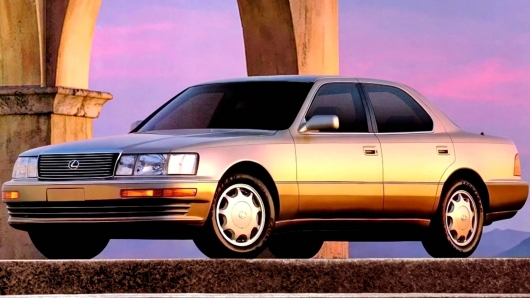 Production of this car began under the flagship of the Lexus project. In the end, this project was destined to become iconic in the auto world. After all, Lexus LS400 proved to the world that the Japanese automaker can compete on an equal footing with other luxury cars on the market.

Lexus LS400 is a very reliable and hardy car. If this machine is to monitor and take timely, the car can serve its owner for as long as it doesn’t rot. 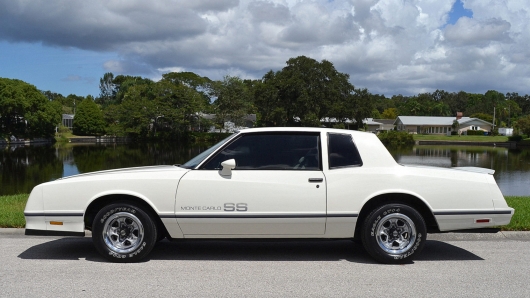 Chevrolet Monte Carlo SS was a beautiful sports car coupe. The appearance of this car in the market was as a revival of the Chevrolet Muscle.

Chevrolet Monte Carlo SS equipped with a 5.0 liter engine capacity of 180 HP. Also the car has received stiff sport suspension for a more stable handling. In the end this machine in a number of countries had success. But not only for the perfect balance of performance and handling. The car is surprisingly reliable. 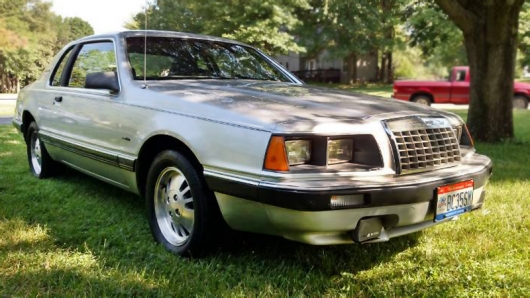 The company Ford has always had a reputation of manufacturer of quality cars. Was no exception and the Ford Thunderbird Turbo, which combines two important aspects: the aesthetics and dynamics. This car was a beast under the hood in the form of a rare turbo engine from the Mustang GT. Thanks to turbine 2.3-liter engine was increased in power from 145 to 190 HP 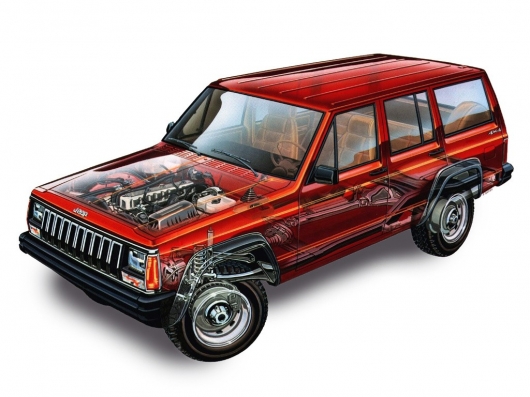 If today you came to the US, you would be surprised the number of old cars on the road. But most often you will see the Jeep Cherokee XJ, which from the beginning were in great demand. Meet old SUV and we (fortunately, in the 90s, our country has imported a lot of American cars). Surprisingly, despite his advanced age, old jeeps regularly serve their owners. Even in Russia, where the fuel and oil never differed special quality.

Nevertheless, even in Russia, the Jeep Cherokee XJ was indestructible due to its toughness. Yes, some of the components of the SUV have problems and can break down more often than modern cars. Yes, many parts of today find it very hard. And yet the vehicle deserves to be today on the road in a bunch of little soulless trendy pieces of iron on wheels. 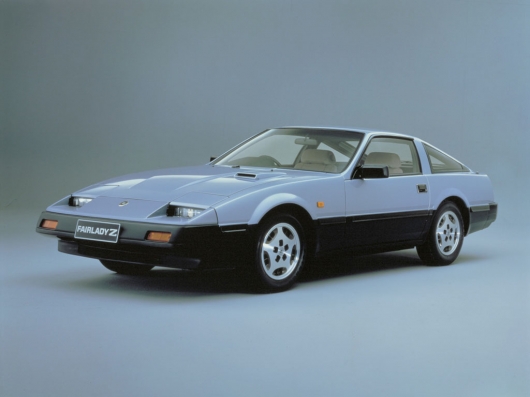 The second generation of the Nissan 300ZX sports car was perhaps not as stylish as the first. But that didn’t stop sports car to enter all Tops rankings of the world’s car magazines. Much of this was made possible by several new technologies. By the way, this car was designed using CAD programs and other computer technologies. The car was different from its predecessors (especially the classics) is largely due to the fact that Nissan has become one of the first who designed the car entirely on the computer. Also this car loved it for the four-wheel drive and a 3.0-liter V6 engine. 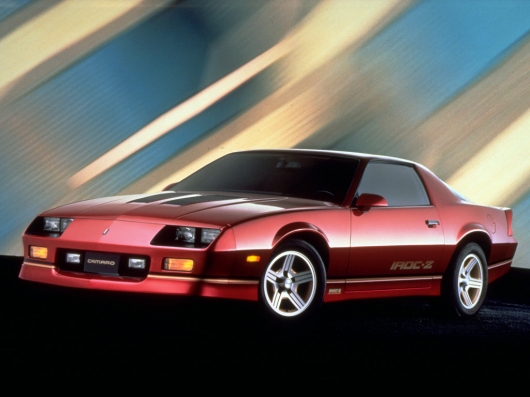 Camaro IROC-Z powerful and looks stylish from any angle. This car was ahead of its time. Many modern cars can’t compare with this sports car. Chevrolet Camaro IROC-Z instead of the 2.5-liter engine received a 2.8-liter V6 engine. Later the car also came in a convertible version. 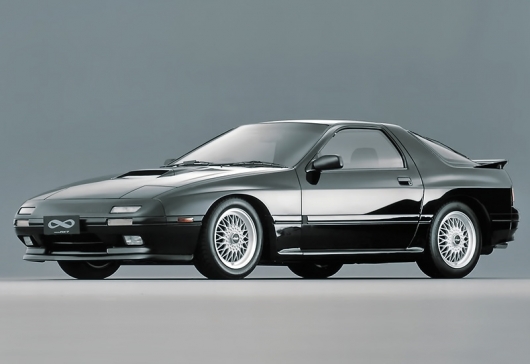 It was the first Mazda with a turbocharger. The engine had a high compression ratio. Mazda RX-7 FC had a capacity of 185 HP Later power was increased to 205 HP to achieve success in the market, designers were inspired by the style of Porsche cars. Also the car has got excellent handling. All this predetermined the success of the model. When the first Honda Integra Type R was unveiled, the car was positioned for race tracks. That’s why he had a little weight. It was necessary to increase the maximum speed and acceleration. Including the car received the increased power, new suspension and upgraded engine.

But in the end Honda decided that the car needs to go in the series for the mass market.

The production version received a four-cylinder 1.8 l DOHC VTEC engine. This motor has a higher compression ratio, the camshaft is raised and a special exhaust manifold. Only for these reasons Honda Integra Type R is definitely the best car than any similar 2018.

At the initial stage of the Porsche 959 was designed as a racing car. But then the light appeared and the production version for everyday use. It is logical that the production version has also received the appropriate reliability and performance. Also in this model, the Germans as a test used a number of new technologies (all-wheel drive, electronics, suspension).

By the way, sporthorse proved that the Porsche 959 is a serious car, winning the legendary race Paris-Dakar. Most interesting is that this car became the winner, ahead of several Mercedes models and even the SUV Land Cruiser.

Including the car remembered the auto world for their speed. Before the market launch of the Ferrari F40, the Porsche 959 was considered the fastest production car in the world. 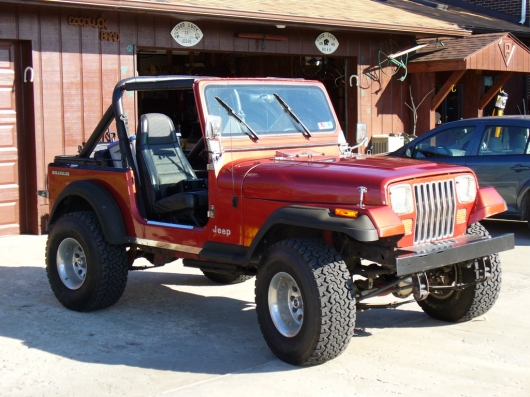 Jeep has always attracted people’s attention not only because of its legendary durability, reliability, etc. Many people like the style of the iconic Jeep. But a special role in the history of the development of the company played an SUV the Jeep Wrangler, which is loved not only for off-road performance, endurance, and practicality of using the car on asphalt in the city. 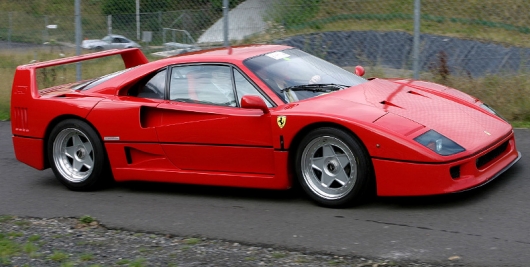 The Ferrari F40 is one of the biggest ever made a mid-size light car with a powerful motor and a chassis made of carbon fiber. Sports car equipped with an engine V8 with two turbines. The aggressive power of the motor is 478 BHP In the late 80s, the Ferrari F40 was not only the most expensive car, the most powerful sports car, but also the fastest production car in the world.

Also recall that this car was the last car personally approved by Enzo Ferrari.

But the secret Ferrari F40 is not even in power or design. Sports car has received design components from carbon fiber, which provided the car’s low weight. For such dimensions of the machine with a V8 engine the weight of the car was awesome.