13 things you don’t know about your car

Here is an interesting features of the cars, which are not known to many motorists.

You know your car? Sure? According to statistics, more than half of motorists are not aware of all the features, options, and other things that they have in their car. So that you may do not know something about your car – about lighting, extra storage, and much more. We have gathered for you 13 interesting facts that perhaps you didn’t know about your car. 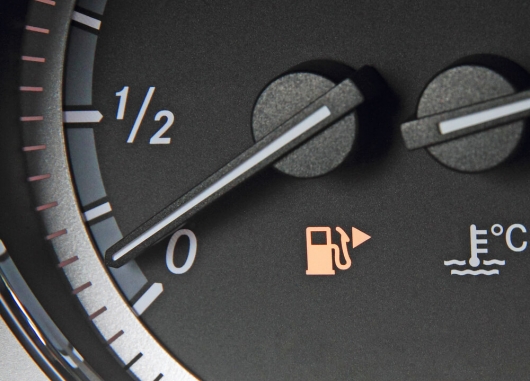 How many times have you taking a rented car or sitting in another car, caught myself thinking that I don’t know which side is the hatch of the tank? Such guessing is very often annoying. Especially if you’re not pulled into the gas station. After all, if you have not guessed, where the neck of the tank, you will have to rearrange the car, driving it to the gas station the other party.

Find out why the fuel tanks in cars are not one side.

2) Icon “snowflake” on the dashboard 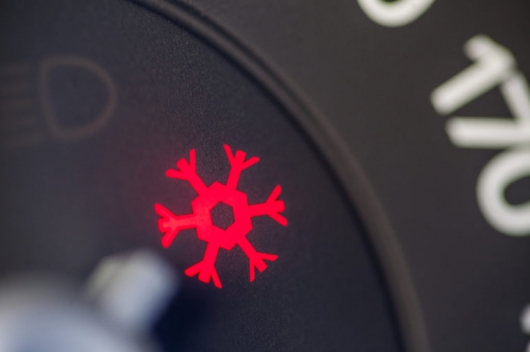 Fuel tank location the icon to the gas station on the dashboard is not the only icon on the tidy with a secret. For example, there is the icon “snowflake”, which is often puzzling to many car owners. For example, if you notice that the collection tubes lit up snowflake and the road, this means that the car warns you that outside low temperature, which can lead to freezing of the road.

Read how to behave behind the wheel in winter conditions. 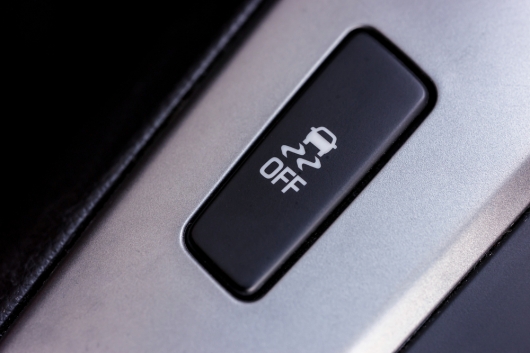 The stability system, stability control system, dynamic stabilization system (ESP) – everything is the name of one technology that interferes with the movement of the vehicle, as soon as his wheels start to slip. At the time of operation of this system on the instrument panel starts flashing, indicating the system is stable (the icon of the car, indicating a skid).

You should not be afraid of such an icon. In that moment, when he starts flashing, the ESP system to prevent a vehicle from skidding, starts on one or more wheels to engage the brakes. So, seeing a icon of actuation of the stabilizing system, no need to shout “help!” and to go to a service or to make the phone the brain mechanic. Also, this icon is warning you that the road is slippery.

In this case, just a bit slow down and not make any sudden movements with the steering wheel and do not press sharply a brake pedal. Remember that the stabilisation system cannot defy the laws of physics. It works from time to time. And in any case do not disconnect this system. Especially on a slippery road. The only time you can safely press the button to turn off ESP is when you have to get out of the deep snow. 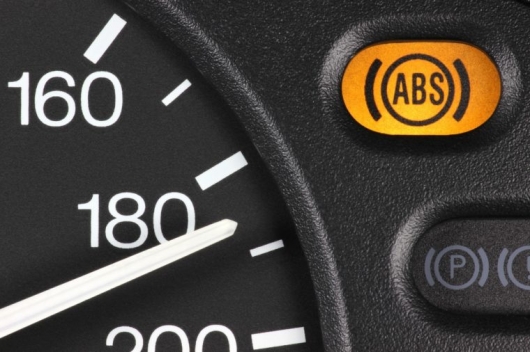 You probably know that your car has anti-lock brake system (ABS). However, in recent years thinking about it only those drivers who had experience in the management of old vehicles without ABS system. The younger generation of drivers did not find a car without this system and so do not even think about how this technology works.

First the ABS system came in 1978, when the company Mercedes has started to sell the world’s first vehicles with this technology. By the 1990s, the majority of car manufacturers also equip their cars with such system. So if you got the rights during the period from the 1980s to early 1990s years have you had the experience of driving a car without ABS. In this case, you know how to brake on a slippery road using short quick taps of the brake pedal. Otherwise, if you press the brake and hold it on the slippery road, the wheels of the car locked. In cars with ABS electronics performs it all for you, intermittently activating the brake. 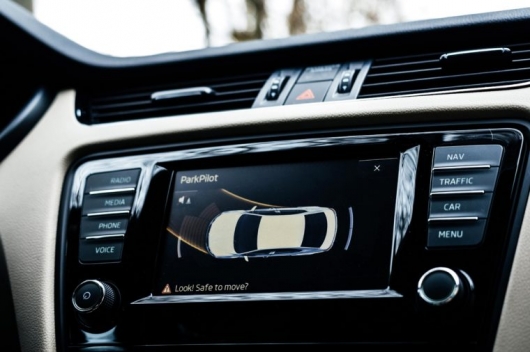 So, the help system includes a help system when Parking (which will do parallel Parking for you), help system at descent (which automatically holds the car from too much acceleration when going downhill). Modern machines are equipped with various sensors able to detect pedestrians, cyclists, animals and other hazards. Some cars are even able to automatically brake for you if you do not react in time to avoid collisions (the system is called “automatic emergency braking”).

Unfortunately, not all drivers know their car. Therefore, I advise you to carefully study the manual to your machine. Especially the section on electronic driver assistance technologies. We are sure that many of you will be surprised by the number of skills possessed by their cars. 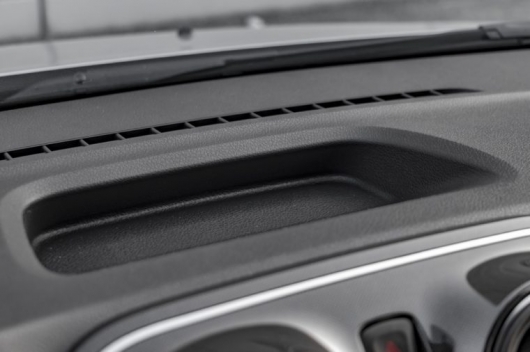 Car companies like to equip the car storage. Often these places are hidden from the eyes of the driver and passengers. Many places are even hard to detect. In the end, a lot of drivers learn about the unusual place of storage after only a few years after buying the car.

For example, the Toyota Highlander has a large shelf in the middle of the center console, which is perfect for storing cell phones and sunglasses. Dodge Journey under the passenger front seat there are two Cuba under the floor are cooled. The Land Rover Discovery has a space for valuables behind the control panel of the climate control.

And this list is very long. In each machine there is a similar place for storage. Many have storage space that are hidden from the eye. 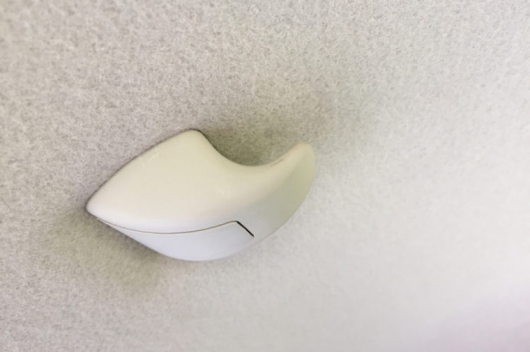 Have you ever noticed the little plastic hooks in the car? They have a direct purpose – they help to hang in the car the bag by the handles, so they do not fall. A very useful thing, if you bought eggs or other fragile products.

In some vehicles similar to the hooks mounted on the back of the front seats. The Nissan has a hook attached on the front passenger seat. In addition, most cars these hooks are above the rear doors where you can hang your jacket, coat or jacket.

8) Lever in the cabin 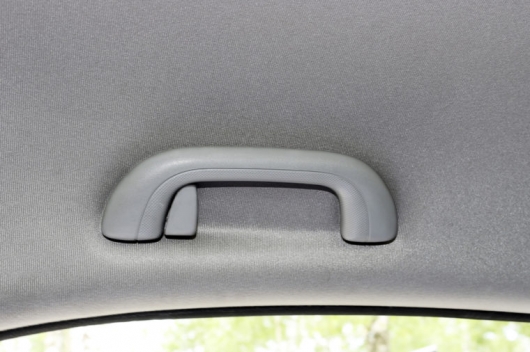 In many cars over each door you will usually find a pen. You probably always assumed that these pens are created to ensure that passengers could hold on to them, not hanging around the cabin when the driver decided to play checkers on the road or sharply to lay into a turn. In fact, these pens carry a more socially important function. The fact that these handles over the doors is necessary to allow people with limited mobility (the disabled, the elderly, etc.) who want to get in the car or get out of it, could do so freely. This is a very useful option for those who do not have enough leg strength to hop back in the car. 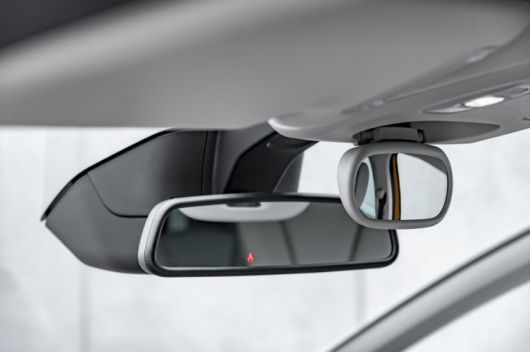 Many vans, minivans and some crossovers are in the cabin of a small convex mirror, incorporated above her head. No, this mirror is not for girls who are behind the wheel are concerned about the condition of their lipsticks on the lips.

This mirror is necessary to ensure that the driver can monitor what is happening in the rear seats. Most often, such a mirror is pulled out of the compartment, located next to the set in the cabin the rear view mirror.

This second mirror will help you keep track of your children, animals who are in the back seats without taking your eyes off the road for a long time.

10) Enhanced soundproofing of the cabin 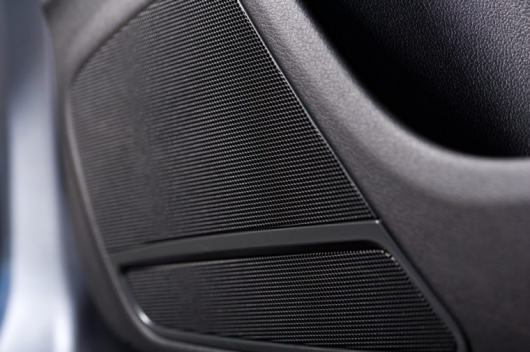 You often like to listen to some good music in your car? Did you know that in many modern cars the sound quality is much better in comparison with old cars, not only due to the fact that the audio settings has been improved? The fact that many cars today are much improved soundproofing of the cabin.

This makes it much easier to hear all the details even classical music. You won’t believe in the car with high-quality soundproofing, you can hear almost every instrument in the orchestra. But what is most interesting, even laugh, scream, squeal your children will not spoil your experience of listening to music.

Currently, many car companies began to equip the car with an additional layer of insulation around the suspension and engine. Some are also equipped with a music system with noise suppression technology, as it usually works on the headphones.

Also some car companies began to further soundproof car door triple seal and installation of thicker glass, which are able to counteract the sound waves coming from the engine and road.

11) Detector of drowsiness behind the wheel 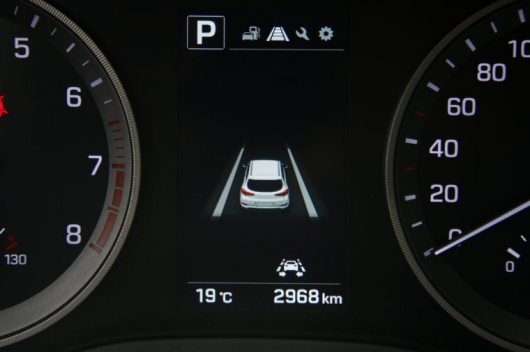 According to the statistics of accidents, many accidents occur because of drowsiness behind the wheel. Unfortunately, many drivers ignore fatigue driving, which eventually leads to the accident.

This problem has long bothered some of the automakers, making up the control system for the driver.

Usually this system works by using sensors and stability control sensors to prevent collisions. We all know that any driver who fell asleep at the wheel is a great danger. To prevent accidents, the system for monitoring driver, determining that the driver behaves behind the wheel inappropriately (abruptly changed lanes, made any strange actions), starts sounding a loud warning in the cabin. If the driver does not react, the car automatically stops.

Companies such as Audi, Mercedes and Volvo, equip their cars with a system which controls the machine in the strip, and also monitors how long a driver is behind the wheel. Once the system determines that you are tired, on the dashboard appears “Cup of coffee”.

At the moment the number of manufacturers working on the next generation of this control system for the driver testing system is able to monitor your heart rate and breathing of the driver. Including today there are technologies that allow you to track the movement of the postures of the driver and the movement of his eyes that will help to timely identify the car, the driver’s asleep at the wheel. 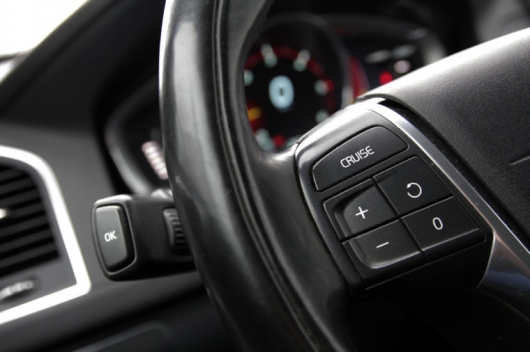 If you want to feel what it’s like to be in the car with the autopilot, turn on your car, the adaptive cruise control. Many will ask, and unless it is in their car? You won’t believe, but it is possible, even in your cheap car this is a high-tech cruise control new generation.

Unlike old-fashioned cruise control, which allows to fix a constant speed without having to keep the foot on the gas pedal, the new adaptive cruise, using lasers, radar and/or camera to adjust the speed of movement, allows you to put your foot on the brake pedal.

Initially, this technology came at a premium and expensive cars. Then this option began to meet on a middle class car. And now this function has been to implement even on cheap cars. So I advise you to check the manual to your machine. Quite possibly, it has adaptive cruise control. 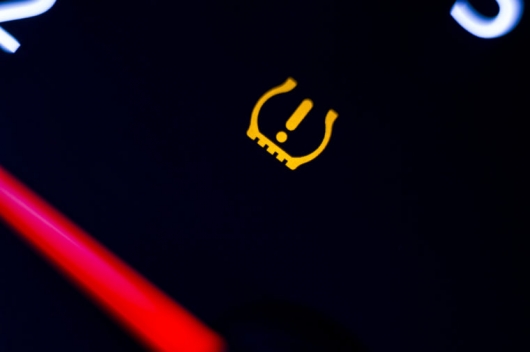 In a number of countries since 2008, all new cars shall be equipped with pressure control system in the wheels. This system warns the icon on the dashboard about low pressure in a wheel or several wheels. This icon looks like the cross section of tire with an exclamation point.

On some newer cars, the indicator is able to determine exactly which wheel has low pressure.