13 things you do in your car, but don’t have

Here’s what should not do drivers in your car.

Rules of the road for any driver – this is the Constitution, criminal, Administrative, Civil code. It’s like the New Testament for the Orthodox. But, unfortunately, not all drivers follow the car the commandments prescribed in the SDA. Also these rules are not spelled out all the things we can’t do while driving. There are a lot of things that many drivers do in their car but not have to do this. You know about them?

Do not place feet on the dashboard 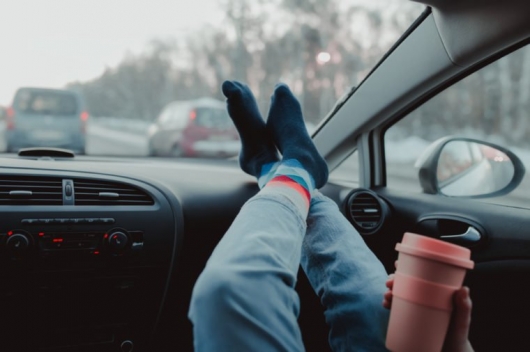 No matter what chair you are in the passenger or driver’s license, you have to remember that your feet must stay under the center console (under the dash). According to studies, not many drivers and passengers admit that you put your feet on the centre console or, for example, put them in the window. But from time to time, each of us meets on-road cars, where passengers still lift their legs. Rarely, but there are drivers that do this, when you go on cruise control.

Although this is a relatively small percentage of people, but nevertheless everyone should know that it is dangerous for anyone who is in the car. For example, in 2015 in the Moscow region there was a small accident in which a girl, sitting with feet elevated on the front passenger seat, broke both legs in several places. Now this girl on social networks encourages all people not to do something in the car.

Eating behind the wheel 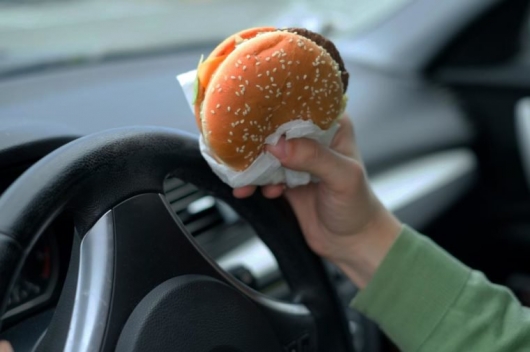 Almost every driver from time to time drinking and eating behind the wheel. The Director of a driving school “Start” Gennady Ivanov believes that drinking and driving is coffee or water – it is quite normal. The only thing is to keep the driver, is that while drinking water or coffee he was holding the wheel and not diverted from the road his attention.

“However, when it comes to a snack or a full food, then it is better to stop, because in this case you will be more distractions,” he says. For example, often fallen on the floor fries can tempt the driver to bend down to pick it up. At this point an accident could occur. It is extremely dangerous.

Headphone use behind the wheel

Music during trips in the car is not a problem. Every driver likes to drive in silence. But the use of headphones at the wheel – not the best idea to drive a car. “Headphones reduce your awareness even more, filtering out other noises,” warns Gennady Ivanov. Although it is recognized that the use of mobile phone in a headset is much safer calls while driving.

Additionally the headphones allow you to talk on the phone without breaking traffic rules. Gennady notes that you should be careful when using headphones, as even loud noises you will hear very bad. It is quite possible you will miss the loud sound of a horn from another vehicle, you will be warned about the danger.

Storing unnecessary items in the car 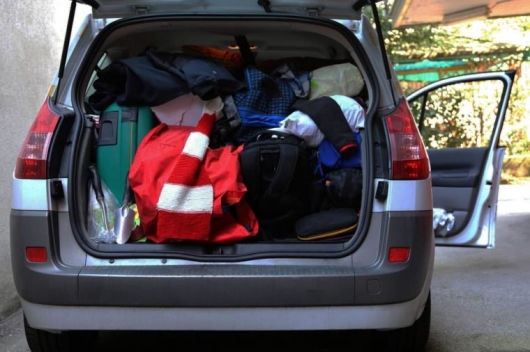 Some people treat their car as a home away from home. But the car should not be turned into home store things, and especially in the garage. According to Gennady Ivanov, large objects that you store in the car, can block visibility, creating dangerous blind spots.

Also large items in the cabin can obstruct you when reverse Parking. In addition, all drivers should remember that in the event of an accident all loose inside the cabin things are at the moment of impact to move at high speed around the cabin, causing the driver and passengers at risk of severe injury. In particular this can even occur from sudden braking.

To listen to music with the Windows down

Not only that loud music in your car, where the Windows down, annoying other drivers, but she will distract you from the road. According to Gennady Ivanov, loud music with the Windows open in the car to distract drivers just the same as listening to music with headphones, which you might not hear important signals horn other machines.

To lower the Windows in the machine not in itself dangerous, but drivers who simultaneously lowered the window in hot weather, can be distracted not only loud music but also thermal conditions in the cabin. Remember that the hotter in the cabin, the slower your reaction behind the wheel, and the less concentration. Add to this loud music – and your safety is reduced several times.

Look in your nose gold is not what people should do while driving a car. Thus, the study published by the European respiratory society, found that picking your nose can easily spread dangerous bacteria causing pneumonia. Frequent attention to your nose can cause bleeding, respiratory infections and even problems with the partition. 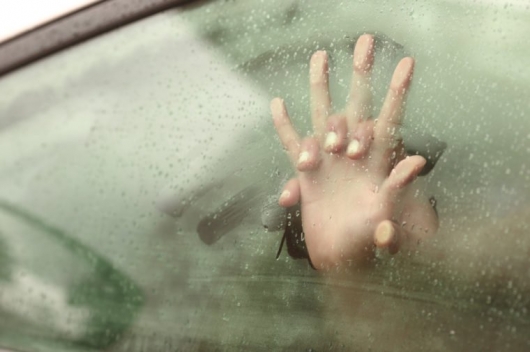 Did you know that having sex in your car you can be brought to administrative responsibility? This is especially true of public places. Even worse, when people have sex while driving a car. Don’t be surprised, there are craftsmen.

For example, according to a study published in the journal of the National center for biotechnology information of the United States, 33% of men and 9 percent of women at least once showed any sexual activity while driving.

Smoking behind the wheel 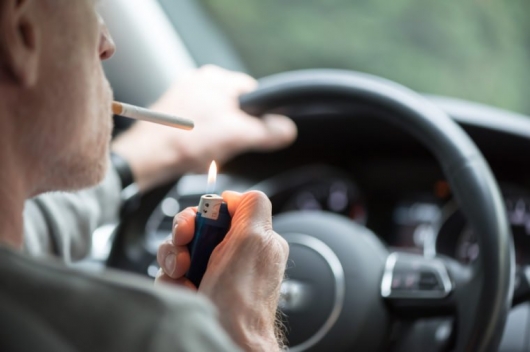 Health risks from Smoking, as a rule, well known to all. However, if you decide to smoke behind the wheel, you should know where it may lead. Did you know that Smoking while driving can be more dangerous than the harm when Smoking one cigarette on the street? The fact that if you smoke in the car, then after Smoking a cigarette to half of cabin air may contain levels of harmful substances, in 10 times exceeding the norm.

Additionally, Smoking in a closed environment, like your car, increases the harmful effects of tobacco smoke on the body. When people smoke, nicotine and other pollutants being ejected into the air in the cabin, cover the interior decoration. As a result, these substances enter the driver and passengers on the skin and in the mouth. It should be noted that even open Windows in the car, though to reduce the concentration of harmful substances in the cabin, rescued from their accumulation in the machine.

In the SDA there is no ban on dressing up in the car. Of course, if you don’t do on the go. In this case you violate the rules of safe driving. However, this does not mean that you should change even when the vehicle is stationary. Especially if your car has tinted glasses and transparent as an aquarium.

In this case, dressing up in plain sight can be regarded as small hooliganism and violation of public order, for which, in theory, you can attract to administrative responsibility.

So no need to behave in a public place obscene. Think about the people who surround you. Don’t forget that the driver must not only obey the traffic Rules, but do not forget about their culture. 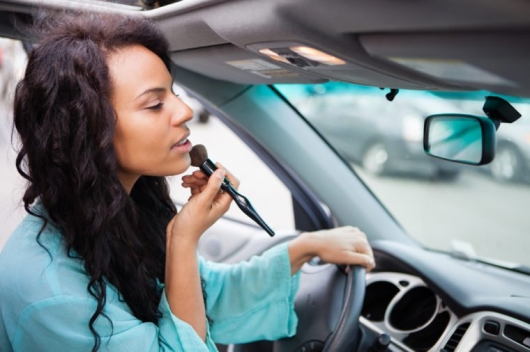 If you focus behind the wheel on anything but driving, you are distracted and in the moment more accident prone. “Applying makeup while driving along with any other distracting action doubles the reaction time necessary for the driver to put the foot on the brake,” says Stepan Shabaev, owner of school of counteremergency preparation of drivers “Megadrayv”.

Most people also set up mirrors to see themselves.

But it is the wrong configuration, as incorrectly adjusted mirrors do not provide adequate control of the view around the car. Especially these sinful girls, for whom the rearview mirror in the cabin – more than the ability to control the road behind the car. For example, some female drivers use the rear view mirror for applying makeup. Often this happens directly during the movement.

Some girls have makeup in the glove compartment, which is also dangerous, because improper storage of cosmetic products can lead to the formation of mold. 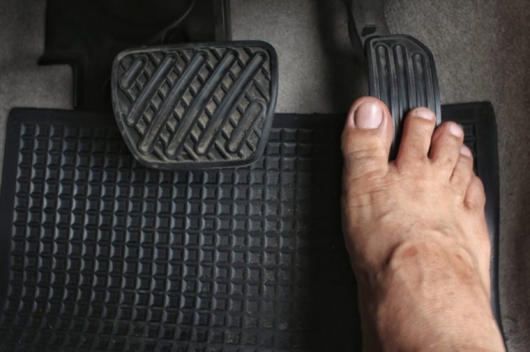 According to Gennady Ivanov (Director of the driving school), many drivers are guilty of driving without shoes. Especially in the summer. It is at least not prohibited by law, nevertheless, unsafe. “For example, you may need to suddenly slow down very much, and it may be that you will be unable to exert the right effort the bare foot, – says Gennady Ivanov. – Also, if you need to get out of the car in an emergency situation, you run the risk of injury legs or wasting precious time on something to put on shoes.”

Arguing with someone while driving

Road rage, outbursts of anger and disputes in the car can make you vulnerable in many ways. According to a study conducted in 2014 by the Harvard school of public health, outbursts of anger on the road can trigger a heart attack or a stroke a few hours later. Psychological stress can increase heart rate and blood pressure.

As shown by other studies, adverse effects from severe stress behind the wheel can occur within 6 years after a conflict on the road.

Even if you have more than a soft conversation with someone in your car, you still put yourself at risk. As the Washington Post reported, more than half of the accidents on the road involve drivers who at the time of the accident talking with a passenger.

Driving with the seat pushed far back 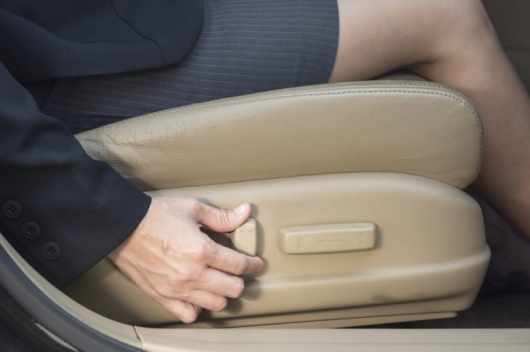 When you are close to the steering wheel, it allows you not only easy to get feet to pedals, and faster to respond to traffic situations. For example, you may need to control the car’s lights, windshield wipers or other systems. If you move too far back, you will be hard pressed to do it quickly.