13 signs that you are not familiar with driving

How do you feel driving in an unfamiliar area? Or on the road where rarely? Unfortunately, many drivers get lost in unfamiliar terrain. And to overcome fear does not help even a satnav, not to mention the standard map. Unfortunately, not all people have developed a sense of orientation/direction. Someone, on the contrary, such a sixth sense is developed so that they can find the way even without a Navigator. You don’t know if you have problems with orientation while driving? Here are the main signs that you have a bad sense of direction.

1. The way you always show your passengers

You eyes called Susanin? When you ride with friends, they always show you the way? Your passengers are usually in the role of Navigator? In this case, you have serious problems with orientation. It is possible that the sense of direction will appear over time. It is also likely that you are lost on an unfamiliar road due to lack of driving experience. This usually applies to novice drivers. But if you have been driving, you have satellite navigation in the car, but you still can’t find the road and bad at remembering where already was, most likely, you have a poorly developed sense of direction. And that’s fine. We are all different.

2. Do you worry when you your friends say that they will follow you

It so happens that you sent a convoy with friends on some route. Now imagine that your friends or colleagues ask you to go first, preferring to follow you. How do you feel in such moments? If you are worried, worry, fear of lead on the wrong road, despite the fact that know the route inside out, then perhaps you do not know how to navigate the terrain. In the end, if you usually lose your way by driving other cars for a reason, not your emotion, and in poorly developed sense of direction. In this case, better trust to go first to the other driver not to be in the shoes of Susanin.

3. Is that what your nightmares are driving in a dream 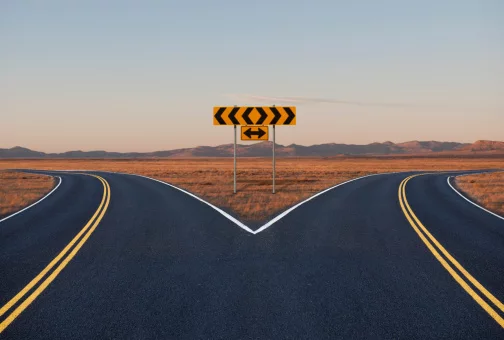 Every motorist has their own fears that haunt them for a long time. Those who have little driving experience, fear is there to drive in the winter. Someone is afraid of driving in traffic. Someone, on the contrary, is afraid to be alone on an empty highway. Well, for those who have problems with orientation on the terrain, a nightmare to meet on the road is something like a contrary markings and road signs. For example, as you can see in the picture. It is feared by many drivers. But especially those who can usually get lost on the road, where before had passed.

4. Panic when the only familiar road blocked

Imagine that you drive everyday to work and home on the same route. And then one fine day traffic block the familiar way, offering to take a detour on an unfamiliar route. Many drivers will not be frightened and without any problems find the desired path. But there are drivers who, panicky by, lost and will have to look up how to drive to work or home. If you consider yourself among these drivers, which covered the familiar road – the real end of the world, you have a bad sense of orientation in the area. Alas, to develop over time, this feeling usually does not work, because it is usually given to us from birth.

5. Your soul goes to the heel, when people say that final destination is a couple blocks from you, with a few intersections, on the even side of the street

Admit it, you lost when you called the destination and you, despite the fact that he is near, started to worry and even panic as your brain is persistently perceived information and refused to mentally build the necessary route? And Navigator you is not reassured. If you have similar bouts of disorientation while driving, it means that you are not all good with sense of direction.

6. You usually go with the familiar Parking near the big shopping center half an hour longer

With you happened such moments, when you are at a familiar Parking lot near the Mall that you visit frequently, you lose the road, leaving the Parking lot? Unfortunately, many drivers, even by rote learning the scheme out to the Parking lot near the shopping center, often get confused and lose the way. As a result, many motorists usually lay at the exit of the Parking lot an extra half hour, knowing that most likely they will forget where to turn and what direction to go. Unfortunately, such drivers are not enough, as we have forgotten to remember the way to navigate the terrain, trusting your memory and intuition for navigation systems, without which today can not imagine life.

7. You constantly stop at every gas station to ask for directions

Sometimes our Navigator in the smartphone refuses to show us the right path or leading us astray. At this point we begin remember with nostalgia the paper map, without which it was impossible to do at a time when there were no satellite navigation systems.

We begin to ask the drivers how to find the right path. This is especially true if we were suddenly on an unfamiliar road. For many drivers one explanation is usually sufficient. But there are those drivers who within five minutes begin again lost on the road and in a panic forget that they recently said the other driver. In the end, some drivers have to stop at almost every gas station or every store again to ask for directions.

8. When you say that you must first go North, then South, then West and East, you fall into a stupor

Sometimes when we are lost, we need other drivers or pedestrians begin to explain how to get to your destination, so that we still do not understand how to get to the right address. It is not necessary in this case to berate yourself for the stupidity, stupidity, etc. That’s fine. Not all people tend to quickly navigate the terrain, even with tips. Also don’t get upset when you tell how to move, focusing on the cardinal. Yes, of course, we all studied in school and know where North South etc. But when we lead the way with the orientation to the cardinal, this does not mean that we can easily will keep to it. Alas, many of the motorists just can’t navigate the terrain in any orientation.

9. You are proud of are always the slowest driver on the road because you don’t want to miss a turn or exit

You always overtake on the road, even trucks and tractors? You are constantly annoyed by their slow movements of other road users? If you do not specifically, then don’t worry. Especially if you go slowly to not miss a turn or exit road. Not worth blaming myself, if you are afraid to miss the right exit on a familiar road. This is normal. You are not alone. The world is full of drivers who have poorly developed sense of direction.

10. Your mind turns to mush when verbal clues about the destination longer than two sentences

You know the feeling when you lost the road and asking her to other drivers or pedestrians, pushing your brain when you hear the driving directions to the desired address or road, which is longer than two sentences? Do not worry. If your brain explodes from the long explanation, it does not mean that you can’t perceive and don’t remember a lot of words. Just your brain is bad focused on the ground and does not want to accept the instruction on the correct route.

11. You do not notice the various sights and landmarks on the road, which usually help drivers to remember the way 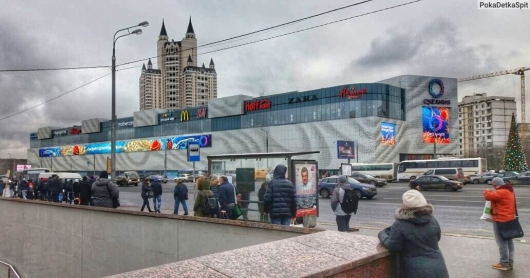 You have long drive on the same route and, despite this, have problems with remembering the road? Maybe it’s time to turn off the Navigator and to train your brain, remembering on the way, various sights and other landmarks that will help you rapidly learn the way? If that does not help you, then you should be grateful to those who have launched satellites into space navigation and built in phone browser. Unfortunately, without it, you will be uncomfortable driving.

12. You understand that your landmarks, on the contrary, holding you up in the way

Most drivers are usually easy to remember the different routes, locking in the memory of various buildings, billboards, unusual lights, etc. that occur on the road. But sometimes we are so caught up in this process, remember that too many landmarks, many of which, in principle, not needed. As a result, these extra landmarks on the road, on the contrary, to detain us in the way, as we are forced to go at a slow speed, afraid to miss all the objects on the road that we remember that the next time to drive on it without a Navigator. Yes, if you have a bad sense of orientation on the road, you have to remember many different guidelines. But know the measure.

13. When your car has a passenger, you can’t concentrate

If your passenger gives you focus, then you are lost even on a familiar road, then you have a bad sense of direction. Those drivers who do not pay attention to the behavior of passengers, no problems going down the road, remembering without straining difficult route, have an amazing sixth sense of direction. Unfortunately, many drivers with this problem.