Here are the drivers who probably is better to refuse driving.

Want an interesting experiment? Ask all your friends and acquaintances, whether they consider themselves good drivers. Most likely the majority will say Yes. But really there are not too many really good drivers who can drive a car. But, of course, few people will be willing to admit that they are not very good drivers.

In reality, many drivers need to improve their skills of the driver, referring to the lessons from driving instructors. But there are those who simply do not need to have a driver’s license. We have collected for you the most unusual accidents from around the world, which clearly proves that the fools on the road is normal and that they have nowhere to go. And it concerns not only our country that accepted blame for the chaos on the roads. Believe me, the West is no less an accident than in our country. 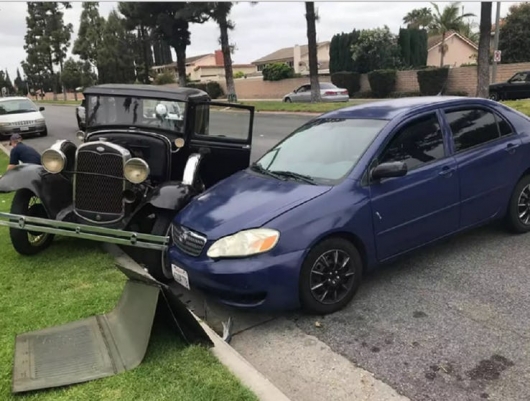 William Smith and his father spent a lot of time, effort and money to restore premium vintage Ford Model A 19, which they owned since 1973. What was their disappointment, when the girl on the empty road, absolutely smashed them incredibly valuable car.

Unfortunately, Ford Model A 19 got serious injuries. The main problem that the car was a crack in the engine block.

The girl has drowned the car in the pool 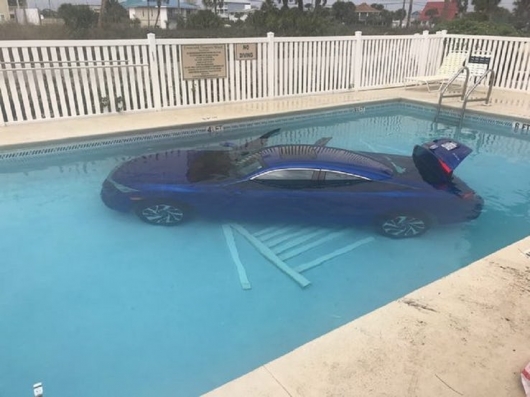 The girl parked the car at the house, forgot to put it on the handbrake or Parking lot. In the end, in the absence of the car, breaking the fence and found myself in a neighbor’s pool.

The car struck the wall of the house and was, on the other hand, in the yard 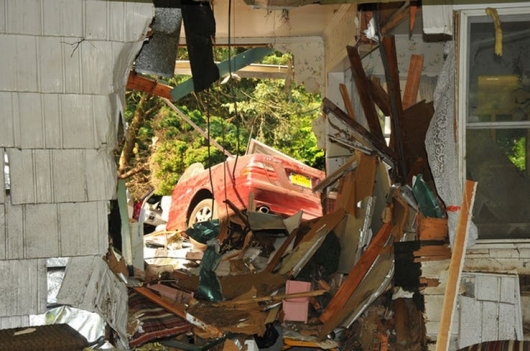 On may 27, 2012 the red convertible Mercedes driving through a T-shaped intersection was not entered in turn crashed into the wall of a house, entered the kitchen and then was out in the yard. Behind the wheel there was a drunk girl who didn’t even try to brake.

But this girl had an accident during the examination on law 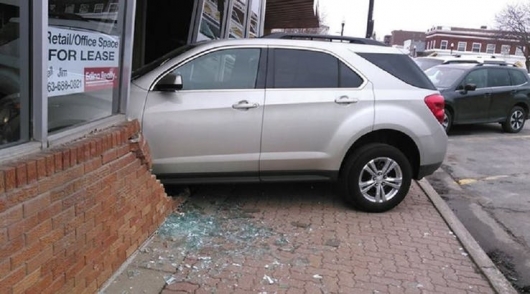 As you can see, apparently, this driver is still too early to get right. To be honest, if after driving the girl for the exam, performed an unusual trick, then perhaps she’s better in the years to never to get behind the wheel. 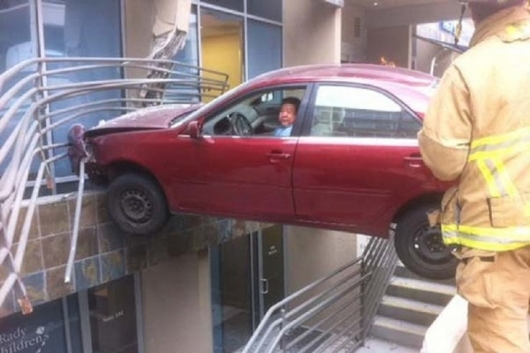 The first thing that comes to mind when viewing this picture, how that driver got there? The most interesting is that according to reports from the scene, the man driving has a driving experience of 20 years. I wonder what he “sang” this driver when I first received the law?

Audi TT comes in every home 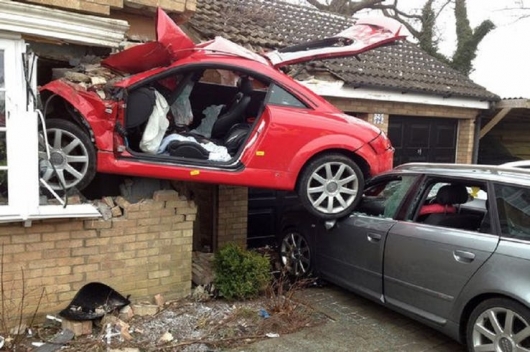 Here’s another unusual accident sports car that almost drove inside the country house. The accident occurred in England. Behind the wheel sat a young man (21 years). This accident showed that the driver better not be right. 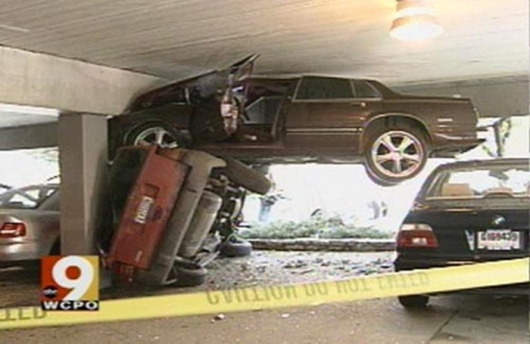 This is one of the strange and unexplained accident, which occurred at a closed Park, where an inexperienced driver who lost control was in such an unusual situation. 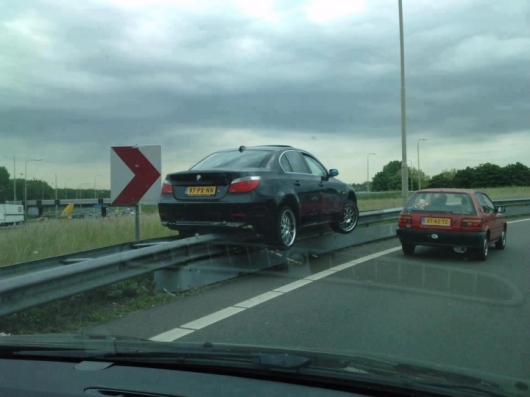 Here’s another unusual accident, where the owner of BMW was on the road side. Probably, this driver is better to throw the driver’s license and go back to driving school.

From door to door 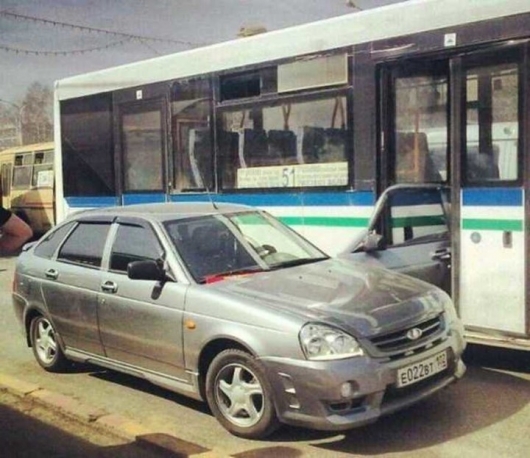 Here’s another unusual accident, where the owner of Lada Priora opened the driver’s door next to the bus. In the end, the door was caught in the door of the bus.

The girl didn’t notice a huge hole in the road 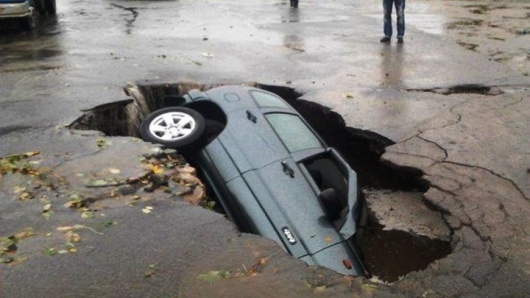 If you thought that this car was in the pit due to unexpected failure of the soil, you are mistaken. The driver of this vehicle in some incredible way saw a huge hole in the road and gently dived into her.

A window to Europe 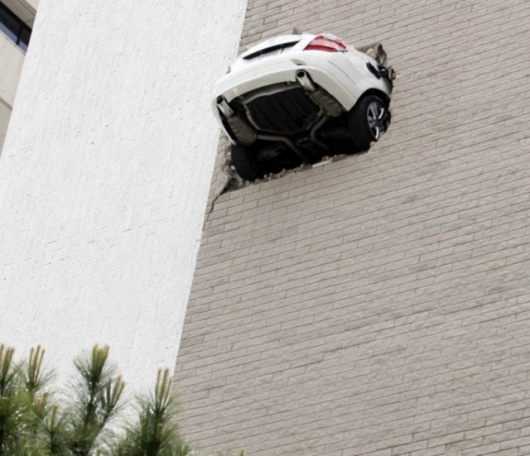 This unfortunate Mercedes-Benz C-class was a victim of his careless owner, which is a multi-level Parking confused the front gear with rear. Also here there are still questions about the quality of the construction of the Parking lot. 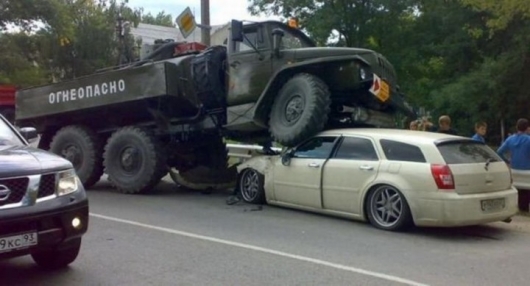 This accident causes and laughter, and sin. Note the threatening inscription on the Board of the truck. As you can see the car is really dangerous. Really the culprit, of course, not the car itself, and the one who was driving. 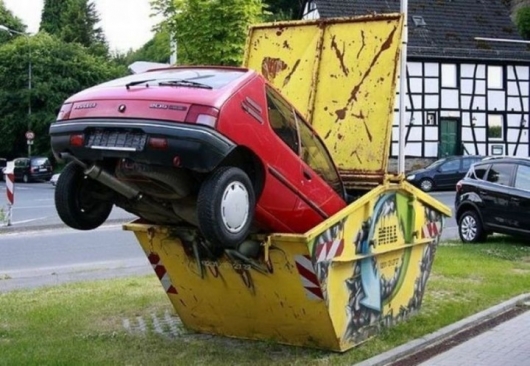 Interesting way of disposing of the vehicle without payment. Seriously, this is a real accident, which as always blame the inexperienced driver.