These stunning vehicles you will never be able to buy. 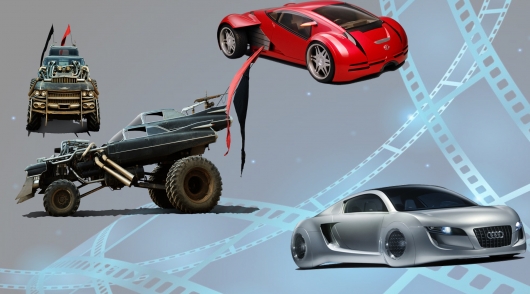 Hollywood loves cool cars. Many of the amazing machines that appear in the films, was specially created for the filming. Of course, you will never be able to ride on them and to buy them. But sometimes the movies appear unusual vehicles specifically redesigned based on existing ones. For example, remember the legendary movie trilogy “Back to the Future”, in which the whole world learned that in America, produced the DeLorean. 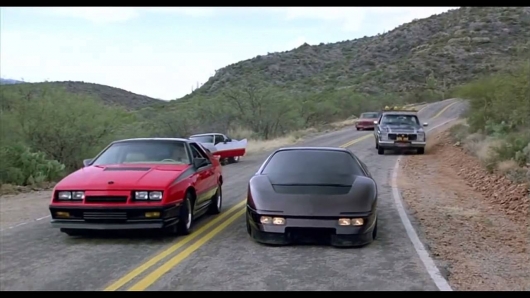 But in many Hollywood films still are more common in the cars, which you can dream only in my dreams or fantasies. We had 12 cars starring in a movie that you will never be able to own, as they cannot be bought.

Armadillo from the film Armageddon 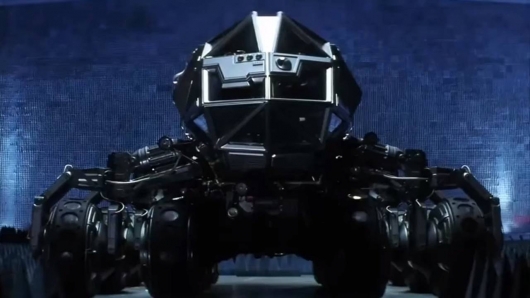 “Armadillo” from the movie “Armageddon” – the perfect SUV with its special gearbox and Recaro seats.

This machine can be used not only on Land but also to bring space travel to have landed on an asteroid or a planet to study the surface. This monster will not let you down. There’s only one catch – the machine you can’t buy. 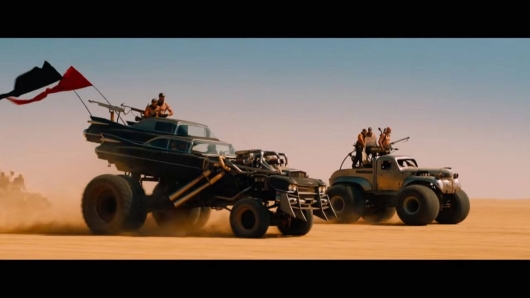 In the movie “Mad Max” full of cars that has gained fans all over the world. Fans of the first two films most loved interceptor Ford Falcon XB GT.

In the new version of the apocalyptic pictures of the world for fanatel from Cadillac Gigahorse 1959.

Alas, you don’t buy this car. You only have one chance to put in a garage this car to do something like that myself.

Lexus 2054 from the movie minority report 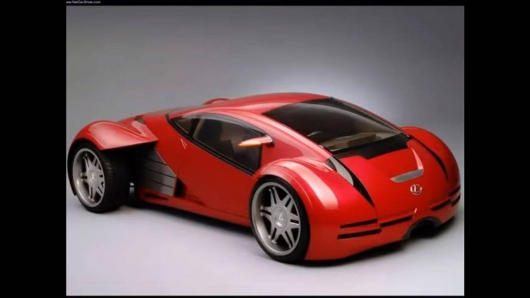 Imagine that some filmmakers are turning to car manufacturers with a request to create blockbusters for the next special car. So did the Studio, contact the company Lexus to produce the car of the future for the film “minority report” with Tom cruise.

As a result, in 2002 on the screens we saw the incredible Lexus 2054. The model received the name in honor of the year in which occurs the film. And who knows maybe one day Lexus will build a similar production model. Then you will be able to buy a car and put him into the garage. But today it is impossible.

The Audi RSQ from the movie “I, Robot” 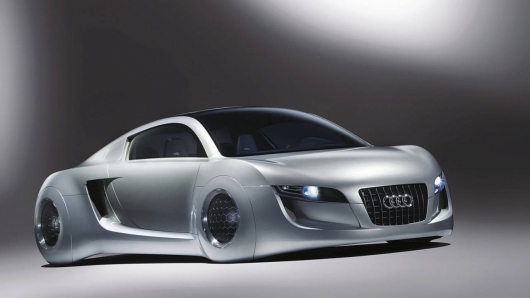 Another design study concept was created by Audi for the cult of the picture “I, Robot”. In the end, the whole world saw amazing futuristic car in a futuristic movie.

We are talking about the Audi RSQ, which drove the hero of the film actor will Smith. Look carefully at this car. He you did not like? Resemblance to the R8 is undeniable. It is not surprising, since the serial R8 was released shortly after the premiere of the picture in 2004.

In the film, the Audi RSQ had a fantastic opportunity. For example, the machine could go in any direction. 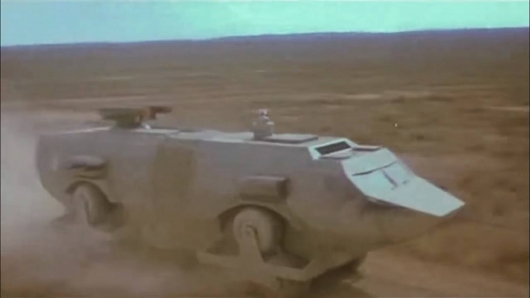 Maybe someone knows this old great film, the plot of which takes place after the Third world war? This film is called “Damn alley”, which was released in the late 1970s.

In this film you have not used a toy model of heavy armored vehicle, as was customary in those years. For the film were really developed an aggressive machine in the natural size. Moreover, the APC was fully functional. Also the machine had three rotary axes that actually allowed the driver to bypass the heavy obstacles.

The layout of the car anime movie “speed racer” 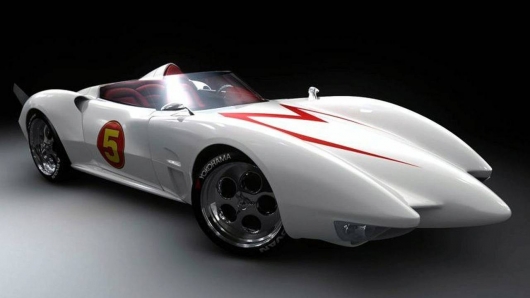 Before you a 3D replica of the real car from the animated cartoon “speed racer”.

The prototype motorcycle from the Japanese comic “Akira” 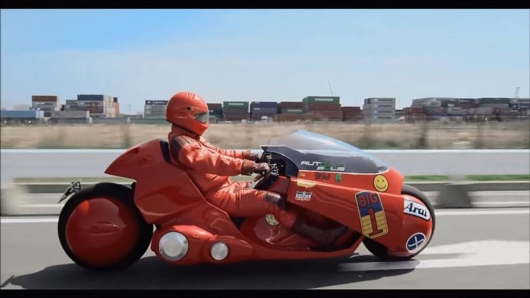 This is another example of how fake the world of comics, the vehicle came into the real world. In the picture you see a real functional bike created by fans of the comic book “Akira”. 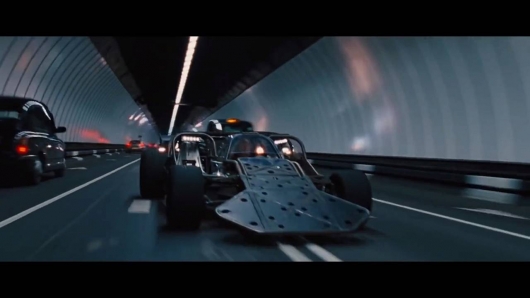 Sixth part of the film “fast and furious”, sorry, upset all those who know physics. Alas, the days of the first series of pictures were when we saw what can take place to be in the real world.

Starting from 5-th part of the movie makers of “fast & Furious” decided “score” for the reality and began to do anything contrary to the laws of physics. In the end everything turned out pretty spectacular.

I especially want to highlight the car Ramp Car, which is something between a race car Formula-1 car from the movie Mad Max.

For the filming of “fast & furious 6” was really made for such a low ramp car. However, we are not sure what this machine is, in fact, can remain unscathed by lifting another car up in the air.

By the way, this machine is equipped with a steering four-wheel drive and a V8 engine is a great way to kill tires in a few hours. It would be interesting to see if put behind the wheel of the car is Ken Block.

Car from the movie “blade Runner” 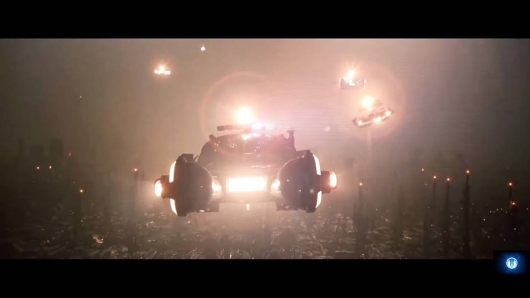 The first film “blade Runner” alas, not a hit like the new version of the picture. But in spite of this world which was invented by the creators of the first picture deserves respect and admiration. I especially want to fabricate a flying car. 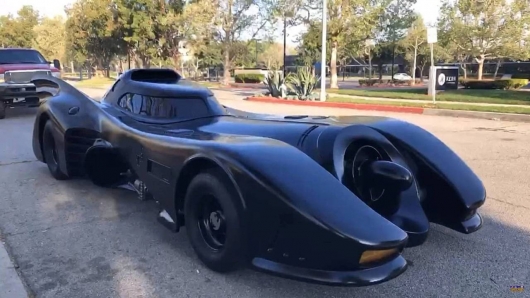 The first car of Batman was based on Lincoln vehicles 1950-ies. The first machine was made to participate in the filming of the series, which was popular in the West in the 1960-ies. And then the story of Batman came to the big screen.

By the way, the original Batmobile was just an ordinary means of transportation, and then became the main weapon of the hero of the cult comic book.

Turbo interceptor from “the Wraith” 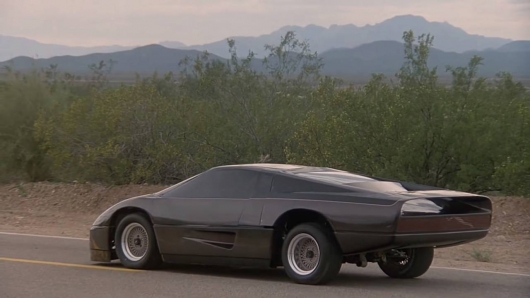 Young actor Charlie sheen fights bad guys. He is assisted in this futuristic car. We are talking about the “Spirit of vengeance”, released in 1986. This car called the Turbo Interceptor.

In fact, this is actually the Dodge M4S. The car was equipped with a 2.2 liter two-cylinder engine. The car could reach speeds of over 300 km/h. Look at the hood of the car in the movie and you will see the logo of Chrysler.