12 facts about the fastest things in the world

The most fastest in the world 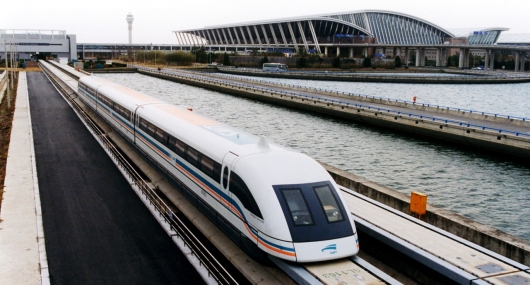 Typically, the velocity characterizes the speed of movement and direction of movement. In science and in the broad sense of speed is usually understood as the rate of change of any quantity. And you wonder about the speed? What do you think, who or what on earth all the faster? Of course, the speed of light. But for each macro – or microcosm of the velocity of its own. For example, your movement speed to a snail will be prohibitive. But for us the velocity of the bullet is incredible. Speed attracted people since ancient times. Because the speed of movement depended not only luck on the hunt in the first place, it was a matter of survival, because man was surrounded by predators in the wild, from which it was necessary to be able to escape quickly.

You will not find anything else so many books, scholarly papers and films etc. as about speed. Since ancient times, writers, artists and even poets praised this physical value. But usually the speed is connected to our land with different Guinness world records. Today we want to talk about the most interesting facts connected with the fastest in the world of things and animals.

We have compiled a very useful and interesting information about the speed that surrounds us. So there you go.

1. Crazy speed of cheetahs is achieved by trimming 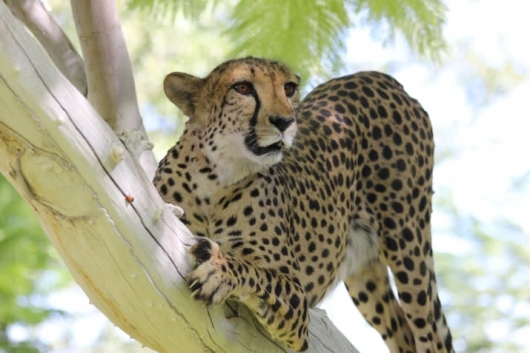 We all know that Cheetah can accelerate up to 80-120 km/h (in the snatch). With this speed it can reach in just 3 seconds. But the secret of such fast acceleration? After all, the Cheetah, like all living things, can not reverse the laws of physics. Few people know, but this speed Cheetah reaches due to the claws on the feet, which are not drawn, like most felines. In the end, during acceleration, the Cheetah uses its claws like spikes on football boots. Thanks to the adhesion to the surface of the earth this beast and manages to accelerate to incredible for terrestrial mammals speeds. Because claws not only provide stability but also provide the fastest on the planet mammal opportunity for immediate start. It is necessary to develop and successful hunt.

2. This rapper can say 14.1 syllables per second 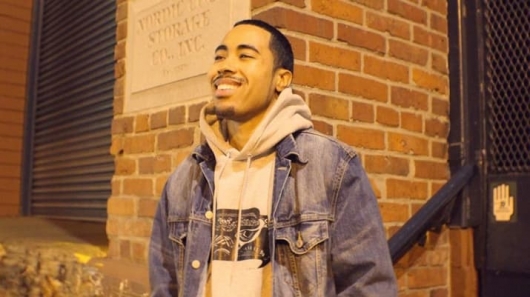 Rapper Ricky brown (NoClue) in 2005 set a world record for speed rap, rap, becoming the fastest rapper in the world. Thus, the speed of readings made up of rap 723 syllables in 51,27 seconds. If Ricky brown took to the talks in the office, they would have passed very quickly )).

3. The fastest land car in the world breaks the sound barrier 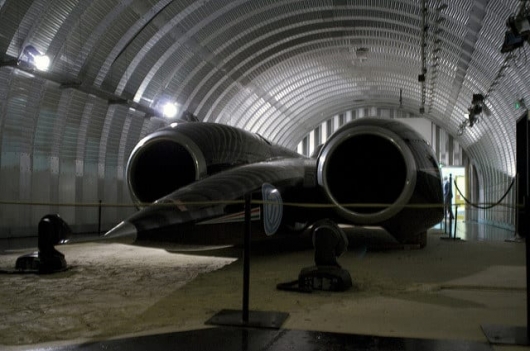 In 1997, a jet-powered car Thrust SSC set a world speed record for land vehicles, breaking the sound barrier in a record speed of 1228 km/h. At the time of arrival of the cotton from the car the sound barrier shes frightened residents of Nevada. By the way, this speed record is preserved to this day. But soon the emergence of a new generation of jet car, which is already several years preparing the project Bloodhound SSC.

4. Peregrine falcons fly so fast that they need third eyelid 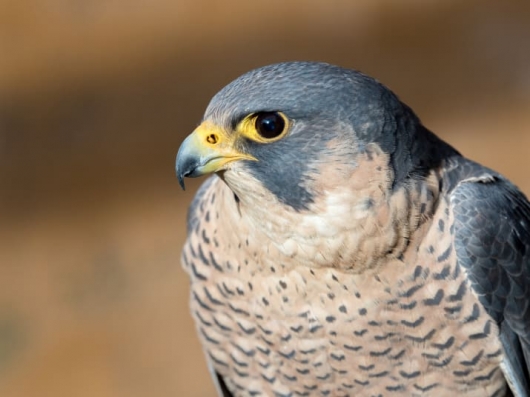 The peregrine Falcon is considered the fastest bird in the world. He can go up to 322 km/h. At these speeds there is a real danger of contact with eyes, peregrine dust and various insects. To protect against this nature gave the falcons the peregrine Falcon, the so-called third eyelid, a special flashing membrane which covers the eyes of the peregrine, when he is flying with great speed. In the end, this membrane not only protects the eyes the fastest on the planet the birds, but also moisturizes them. Bravo! Truly the best inventor on the planet is nature itself. The one that needs the patents to issue for free. 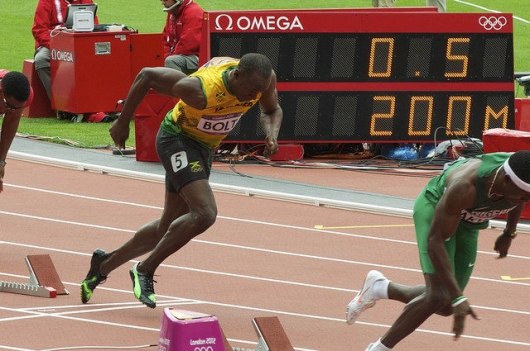 It turns out that the fastest runner in the world is of uneven progress. So, left foot, the great runner stays on the ground for about 14% longer than the right. Usually this does not give the majority of runners to achieve the world’s great victories. But not Usain Bolt. Can you imagine what kind of records were naustralia this runner, if his course was correct, that is, uniform?

6. The fastest rollercoaster use military technology runs the fighters 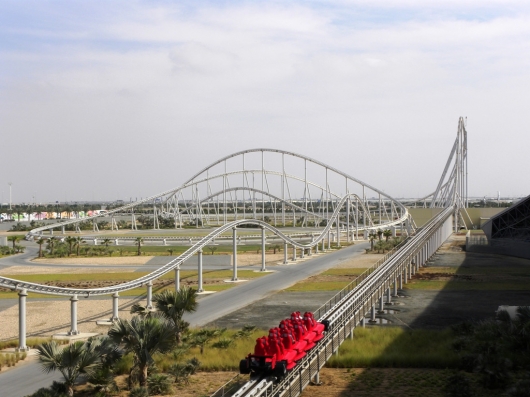 We all know that roller coasters are the fastest on the planet among all the world’s attractions. But as designers are able to accelerate them to a speed of 240 km/h? What kind of roller coaster is it? Of course, “Formula Rossa”, which is themed amusement Park Ferrari World in Abu Dhabi, UAE. It is the world’s fastest roller coaster.

But how is this possible? To achieve this speed the roller coaster designers used a hydraulic system which ejects the aircraft from aircraft carriers.

7. Tiger beetles run so fast that their brain does not have time to process the information 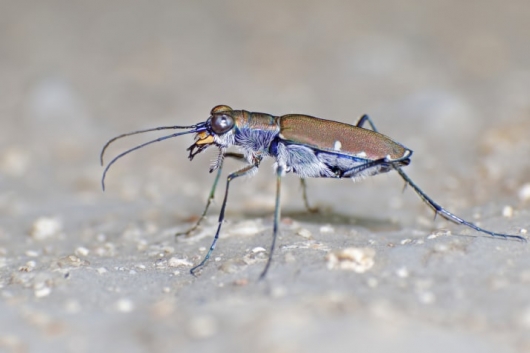 Did you know that tiger beetle Cicinidela hudsoni can overcome 2.5 meters in just one second? An incredible speed! But this speed bugs move almost blindly. Why? The fact is that their brain simply does not have time to process the information received from the organs of vision. Blame exorbitant speed.

In 2017, the College Professor Abdul Basit set a world speed record set two sentences on the phone. It took him less than 20 seconds. It should be noted that the set of messages at commit time, the world record was carried out according to the technology of Swype. 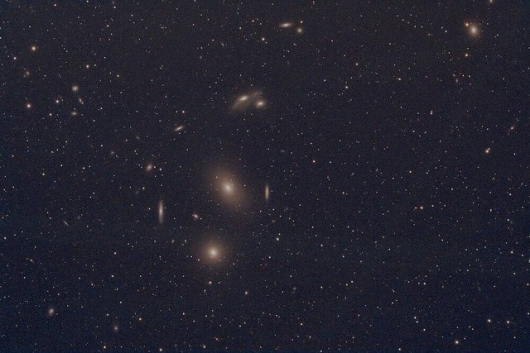 Galaxy М86 (located in the constellation Virgo) is approaching our milky way at speeds of 419 kilometers per second.

10. This person can eat 13 grilled cheese in one minute 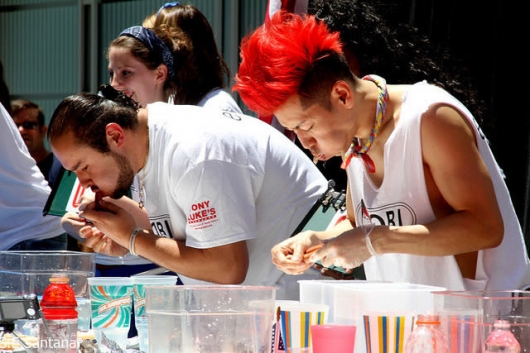 Takeru Kobayashi is a Japanese competitive eater who constantly sets the world record for eating different food. So, he holds the record for eating 62 slices of pizza in 12 minutes and record of eating grilled sandwiches. A competitive eater ate 13 sandwiches in just 1 minute! This is about 6000 calories. Also Takeru Kobayashi is known that ate 66 dogs move in 12 minutes.

11. The train is the Maglev in Japan will take you from point A to point B with a speed of 603 km/h

12. The speed of movement of emails in the Internet happens at the speed of light 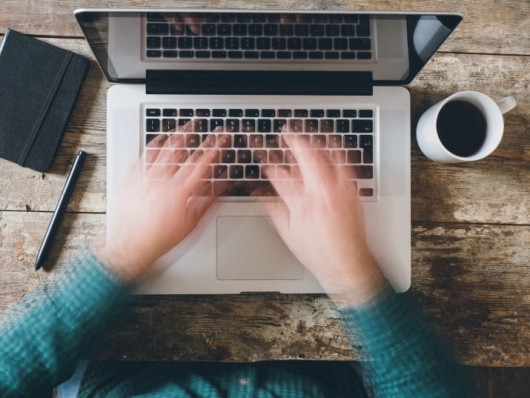 You will not believe, but compared with 2013, today the speed of movement of emails on the Internet has become 2/3 faster. This became possible when, in 2013, researchers from the University of Southampton have created fiber cables that can transmit data at 99.7 percent the speed of light. It is impossible to believe, but true. The 21st century is in full swing. Just think what our e-mails, in fact, move in time. After all, when driving at speeds okolovodnyh time almost stops.