Many drivers since obtaining a driving license held for 10, 20, 30 years or more. Over time, many experienced drivers forget not only about the many rules of behavior on the road, but also about the important Rules of the road. This sin and younger drivers, despite the fact that quite recently acquired the rights. Take a crash course to improve your driving experience, remembering the basic rules of driving, both official and unofficial.

Recognition and respect for other drivers 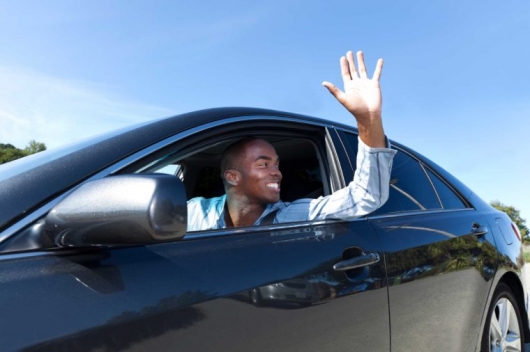 Even if you are in a car, you can see other drivers. Be polite to them and respectful. Remember that how you treat the other drivers and they will treat you. For example, if you go from the side road through the acceleration lane or adjacent to the highway route and you have conceded the other driver, thank him for what he gives you, waving or nodding.

Do not create an emergency on the outbound roads/lanes 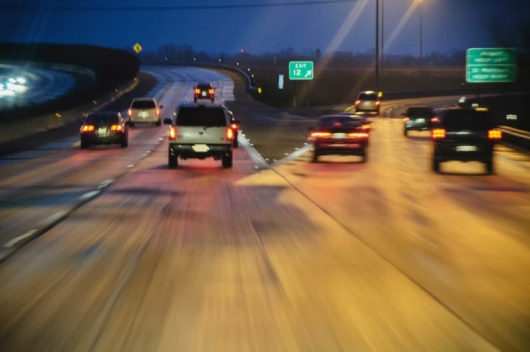 I’m sure you’ve noticed how many drivers changing to the lane for the highway or off the road onto the exit interchange, are accelerated, that is, of course, should not do, because it gives away roads or lanes an emergency situation. 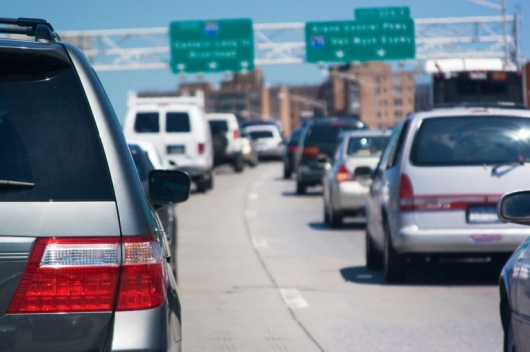 You often don’t keep your distance? You often drive very close behind other cars? Alas, this is a fairly common pattern on our roads. That is why in Russia there is a simple rule that requires all drivers to keep a safe distance from other vehicles.

So don’t forget that distance plays an important role in road safety. Leave a space between a moving car and your car, at least equal to the length of another one of the same as you, car. Keep such a distance when possible.

Try the following trick: choose a landmark on the road, such as, for example, a road sign or tree, and watch the car that rides in front of you. Once a moving car crosses a chosen reference point, begin to count …1 … 2 … and 3, etc. (this account is approximately equal to the move of the second hand on a clock). If you counted to three before crossed the same reference points chosen, then the distance from the vehicle, which travels ahead of you, safe. If less, then you should increase the distance.

Do not increase speed if you back someone backs up, and does not respond to the aggressive driver is the same

Many drivers are very annoying bustler on the road who believe that everything is lagging like a turtle. In the end, they are approaching other cars too quickly, expect to drive slow, in their opinion, a driver with a band.

In any case, need not fear such aggressive drivers and pushing with fright on the gas pedal. So you will increase the risk of getting into an accident. Especially if you are new behind the wheel. In fact, not having sufficient experience of driving at higher speeds you might get in an accident.

Also, no need to respond to the aggressive driver is the same. Many troubled drivers is the need to provoke conflict.

If you are moving to one-lane road and someone behind pulled up to your car too quickly, obviously hinting to you that it would be necessary to accelerate, better give the hurry, pull over. To give way to the impatient driver is much better than “vomiting”.

Do not be like bad drivers. Be above them.

No need to press and hold the horn 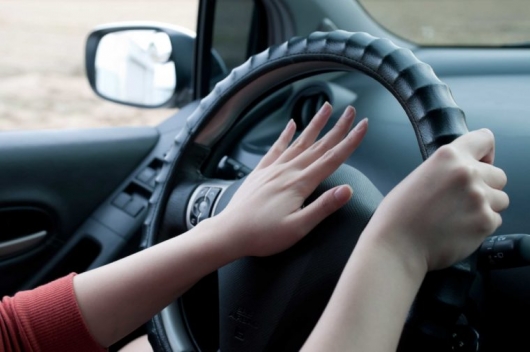 Horn for many of us more than a loud signal, which sometimes can really help, not to get into an accident. But this does not mean that the horn you need to use for any reason, and especially in order to show some kind of driver their dissatisfaction or ambition.

Continuous beep the horn can be annoying all on the road. Including an unexpected signal can scare novice drivers who may be nervous out of nowhere and make mistakes. In this case, there is a risk of an accident. Therefore, do not press on the horn just because you’re mad at the other driver’s actions.

Instead of the pointless use signal use the horn only when you really need to warn other drivers about the danger: for example, if someone approached your car too fast or someone catches flies and yawns at the traffic lights, seeing that has long turned green light.

No need to be greedy and harmful

If someone wants to merge into your lane, for example, carrying out overtaking into oncoming traffic, in any case, do not be too greedy and spoil it. Better slow down and miss the car that wants to move out of the oncoming lane in your lane.

No matter whether had the right to carry out overtaking this car. You can’t judge its owner and to bring to justice. Maybe the driver for his inexperience wasn’t focused on time (before the end of the intermittent markings separating the counter the direction of movement).

But even if the driver intentionally broke the law, making overtaking in the wrong place, no need to “teach” his wits, Recalling the SDA. Because this person wants to leave the right lane where there is a risk of a severe accident. Think about it and about other drivers coming towards you. Because innocent people can get hurt. And the reason is not only the violation of traffic rules overtaking driver, but also the fact that you do not let the car to leave the oncoming lane.

Remember that the road is shared, and you can’t protect the lane, as the Russian border. And even if you are legally right and may not give way to another car, think about what consequences your actions.

Observe traffic rules in the Parking lot and think about other 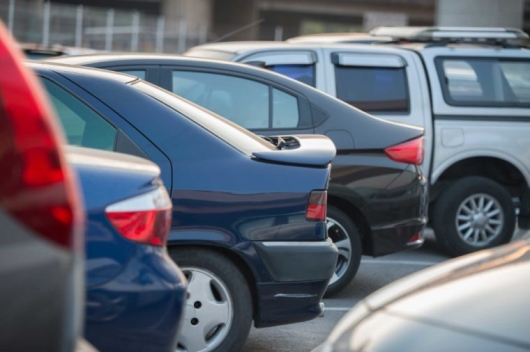 Some drivers literally change when you move out to the main road and begin to parallel Park. So, there are drivers who for some reason completely forget all the Rules of the road. But, first, in the Parking lot of the SDA has not been canceled. Second of all, your wrong actions can cause accidents. You don’t want to damage my car?

First and foremost, remember to always include the indicator if you want to turn on the Parking or to Park. So you warn other drivers of your intentions.

Also, when Parking, think about other drivers. In any case, don’t Park your car occupied two Parking spaces or interfere with someone. When you Park your car, consider whether the driver and passengers of the car that stands next to you, freely take it. Because if you tightly I’ll Park next to a car, there is a risk of damage.

Chat with your passengers with a sense of humor

Many drivers, unfortunately, very often do not think about their passengers. And they are unaware that their behavior they often frighten them. After all, your mood is quickly transferred to all passengers, as if you didn’t closely watch your actions.

And it is logical. After all, you control the car, not them. So they, of course, when not sure about the driver, start to be afraid to go in the car.

Chat with your passengers with humor and, if you are nervous, don’t encourage nervyak passengers. After all, if they are nervous, this voltage will return to you doubly. In the end, you’ll be even more mad behind the wheel, which is fraught with distraction, with all the ensuing.

Do not drive if you are distracted

According to research by the National Council of safety of traffic of the USA (NSC), the scope of activity of the brain that processes moving images becomes less active to 1/3 when you are behind the wheel in traffic, you start to use a mobile phone. In the end, your reaction is slowed down approximately to the same level as if you were driving a car in a state of mild intoxication.

That is why in many countries (including in Russia) to use a mobile phone while driving is prohibited.

If your machine is equipped with a speakerphone, use it for talking on the phone. Believe me, it’s much easier and safer than traditional smartphone experience, without which many of us today can not imagine life. 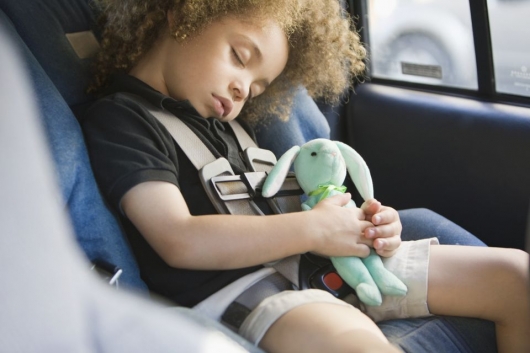 Recall that under current law children under the age of 7 in the car can only be transported in a child seat. From 7 to 12 years the child seat can be used as desired. But we don’t recommend that you do not use a car seat if it allows the law. No matter that there is no penalty. Take care of your child’s life. Unfortunately, even if your child is under 12 years tall enough, a ride in the car without car seats less safe than when you are transporting the child in the seat.

Yes, if your child is not skinny and tall for her age (there are children who at 10 years old they look 12), you can not put him in the chair.

To do this, simply strap the baby the seat belt. But if your child, on the contrary, is small, it is better then to use a car seat or a special device that allows you to securely fasten the seat belt in the place where it needs to keep the child. Otherwise, you run the risk that in the event of an accident a small child dives under the belt, which will not be able to effectively protect it from injury.

Always give way to cars of special services (especially the ambulance)

Many even experienced drivers forget that nepropusk of cars with spetssignalami according to the current legislation faces a pretty serious responsibility. Especially if you do not miss an ambulance, which probably hastens to severe or the patient is already taking him to the hospital.

Yes, we understand that there are Russian cars “ambulance”, which in fact did not transport patients, and “transporterraum” for big money VIP customers who pay for something to get somewhere without traffic jams. But that doesn’t mean that you don’t have to yield to ambulance or any other service.

If you want to Express their protest against a large number of flashing lights on the road, not to miss the car with the included spetssignalami on the roof stupid. In a normal society, their position can be expressed in more civilized ways.